One thing that is amazing about Berlin is that the city itself is ranked amongst the highest scorers as regards to number of museums, in fact throughout the world! Despite of the major losses suffered in 1933 and 1945, it has been able to persist so many historical evidences for future generations to experience. Even today, the national museum of Berlin consists of no less than 16 museums, each covering its own competitive space.

In total, there are over 170 museums and collections in the city of Berlin, which paves a path ancient looks to the ultra-modern paradigm. The collections and museums are hugely diversified, and thus are interesting centers for most of the visitors of Berlin, unlike in some other countries capitols. The museums are well maintained and as such signifies how things in this part of the world has changed since WWII and the Cold War.

It might be difficult to go through all museums during a visit to Berlin, so below are some tips of museums you should not miss.

The Old national gallery is considered to be a paradise for both researchers and history lovers. It entails sculptures and paintings of the 19th century and beyond. The art works are beautifully placed and the paintings really make the romantic Germany come alive. Masterpieces of David Friedrich and Karl Blechen are well displayed for the visitors to view in all it’s glory.

Pergamon Museum is considered to be a prime museum for visitors and a must-not-miss place in Berlin. It witness nearly about 900 000 visitors per year. This figure itself says all about the outstanding collections inside the museum. It is located in The Museum Island and caters to quench the thirst of people who seek to know more and more about the rich history of Berlin.

The German Museum of Technology

The German Museum of Technology is as the name suggests an ultra modern technology-museum that illustrates how technology is becoming one with Germany. It is the perfect place for tech-freaks that provides a marvelous combination of information and evolution of air-travel, railways and cars. Thanks to the shipping and aviation exhibits, that interest the tech-lovers, more and more visitors are attracted each passing year. 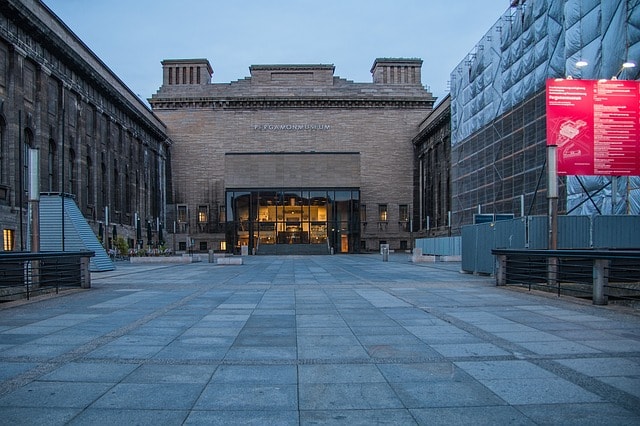 The Jewish Museum in Berlin is considered a landmark for Jewish culture covering two millennia of Jewish history. It was originally founded in 1933, however, it was of course closed by Nazi regime in 1938. However, it was re-established in 1978 and as soon as 1999 it achieved its independent status.

The New National Gallery is a magnificent building that holds the true sense of modern architecture. Another name for this gallery may be termed as the "The Temple of Glass". It consists of paintings and sculptures of modern art and interesting features of ultra-modern exhibitions – that might be quite intimidating for the non-artsy person.

The Old Museum is located at SMB – The Museum Island. It does not just rank at the top in the visitor’s list because of its Egyptian culture, but the exhibitions placed at it are really worth having a look at! Thanks to the food café that offer excellent meals you won’t go hungry afterwards.