The huge store KaDeWe, or Kaufhaus des Westens in plain language, is the largest departmental store in Europe, situated in Berlin and houses about 40 to 50 000 visitors each day in its magnificent store. The wide range of different products and the huge space of 60 000 square meters attracts people from all over Europe. The store was founded in the year 1907 by Emil Schaudt with the help of Adolf Jandorf. During 1994, KaDeWe was acquired by the A.G. Corporation.

It's Been around for over 100 years

The store celebrated its 100th anniversary the year 2007 and people from different parts of the globe poured in to visit the store. The store sells almost everything from clothes for men, women and children to household items, games, food, sporting goods, toys and much much more. Throughout the year different promotional offers are also offered while shopping at KaDeWe, it is prudent to check out these offers so you don’t miss any great deal. 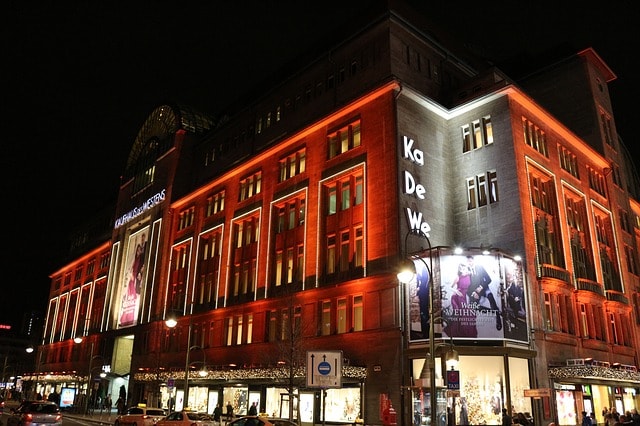 It is quite easy to get to KaDeWe in Berlin, the store is situated on Tauentziehn Strasse in Berlin-Schoneberg. There are different buses that take you to the store front from almost any location of the city. Some of the buses that reach the store are M46, 343, M19 and M29. Throughout the week the store opens at 10 A.M and closes at 8 P.M, but during Saturdays the store opens at 9.30 A.M.

There are also plenty of coffee shops and restaurants near to the store and also within the store it self. At the top floor there is a winter garden restaurant that is just lovely and well worth a visit. So, KaDeWe is indeed a nice experience to shop at. In case of any doubts it is advisable to do some self research about the store, there are many online reviews that will help you to sort out if the store is worthy of a visit or not by you.