At present, Alexanderplatz is a huge open square and public transportation hub in the city of Berlin. The Alexanderplatz square were previously beyond the gates of the Berlin city, previously it was a livestock market and later converted into a wool market and a parade ground. The name Alexanderplatz was given to it after the Czar Alexander II’s visit, in the year 1805. During 1882, a regional train station was established and from then the importance of the place became more and more significant. It is worth to mention that during the World War II, this place was almost destroyed and later the entire region was renovated. It is the most important square in the city of Berlin.

Previously this place was known as Ochsenmarkt or ox market, it was then renamed by Czar Alexander I. At present, it is popularly known as just "Alex".

Many important buildings in this place were destroyed during World War II. It was in the centre of the previous East Berlin, and socialist architectures were often showcased here. The Hhuge television tower was made in this building.

Fernsehturm is one of the largest television towers of Europe, it was built in the year 1969 by Swedish engineers.

Weltzeituhr, or the World Time Clock, and the Fountain of International Friendship are the two major monuments. Both were built in the year 1969. 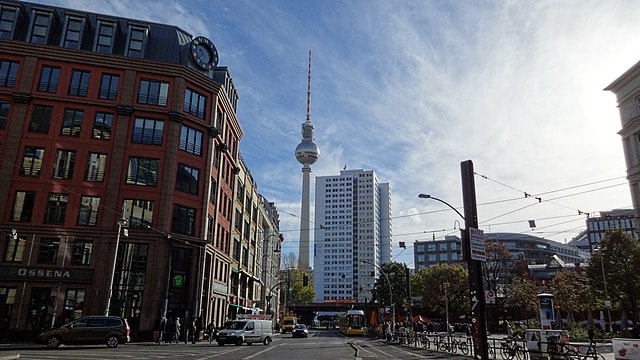 While visiting Berlin , it is prudent to visit Alexanderplatz, it has both historical importance and immense beauty. Visitors from different countries from all over the world visit the place each year. There are different hotels, restaurants and bars that serve mouth watering multi-cuisine dishes, all day long. Again, there are also many many coffee shops. After the re-unification of Germany, this region has been renovated and many buildings have been rebuilt from scratch. While visiting Berlin, it is really recommended to take a short trip to Alexanderplatz.