Berlin Zoo has been a home of hundreds of animals and a place to visit for kids and adults to be face-to-face with the innocent nature. For over 150 years Berlin Zoo has been a centre of thrilling experience regarded as one of the largest Zoologischer gardens in the whole world. Not only does it serve animals and quench human excitement, it has also been a keen source of foreign exchange for the government and a preserver for the natural lives.

History of the Berlin Zoo

The building of Berlin Zoo itself is a masterpiece that was welcomed by the public in 1844 for the first time. The cages were designed by Peter Lenne and the Zoo quickly became a home for thousands of animals. However, during World War II, the zoo got highly affected and many buildings were shattered and many animal lives were lost. Only a few hundred animal could survive out of several thousands. But, the buildings were reconstructed and renovated and soon this green belt again became moist, and wild with animals and tress.

Today it is regarded as one of the most famous tourist attractions of Berlin, nevertheless, it has been a core of adventure for young chaps for many many years. The elephant entrance itself is quiet symbolic and inviting, that waves your path towards thousands of animals roaming free, without being prisoner in any cages.

Berlin Zoo stretches over a large area that provides apt inhabitation for animals. Its extensive collection, for which the zoo is much known, resides over 400 acre (160 hectare) area of land. It serves nearly about 2.4 million visitors each year, making it the most visited Zoo in the continent of Europe.

Undoubtedly the star attractions of the zoo remain the animals that resides in it. Similarly, Berlin Zoo is also famous for its pandas and a polar bear. Berlin Zoo has been the home of many bear species, but, Knut the polar bear is the newest shining star that was born on December 5, 2006. It has quickly become a landmark in Berlin Zoo’s history; as he is the first ever bear born in Berlin Zoo for over 30 years. Unfortunately, Knut passed away march 19 2011.

Many other animals present

Apart from polar bears and pandas there are many other animals that may steal some of your time. The giraffe house is quiet dramatic, and complements the giraffe’s lifestyle. Being built in 1905, this indo-Russian double block house is home to American bison on one side and Eurasian on other side. 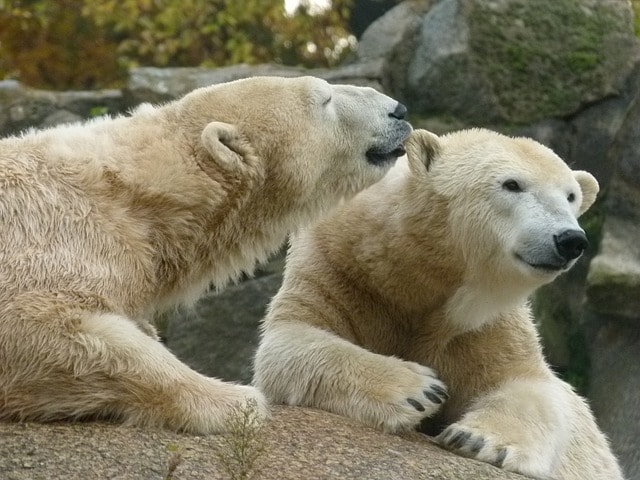 Even, the new hippopotamus house is quite interesting to look at. Opened in 1997, it is the latest addition to the chain of houses of hippopotamus. It is highly modernized and an apt example of modern architecture that is tech-friendly and comfortable for the hippos residing there.

Perfect place for the whole family

Hence, for all people who are fond of nature and animals, Berlin Zoo is a perfect place to be, as it would calm your anxious nerves and your entertainment instincts. It caters a perfect blend of nature and man made architects devoted to preserve the priceless beings that not only maintain a balance in the nature, but also are important for human existence.