Checkpoint Charlie slowly became a symbol of the Cold War and as time progressed it would in many ways represent the separation of East and West Berlin. Many of the East Germans considered it as a gateway to freedom. As East and West Berlin became only Berlin, Checkpoint Charlie became a major tourist attraction and visitors from different corners of the globe visits the historical crossing point every year. It is an outstanding viewing point to and it is indeed a great experience when visiting Berlin, while eating or drinking in the cafeteria nearby Checkpoint C.

Today, Checkpoint Charlie is history and office buildings have been built near Checkpoint C. Rainer Hildebrandt founded a Museum at the place, and many visitors visits it every year. The museum remains open between 9 A.M through 10 P.M. It is worth mentioning that a 140 meter long section of the Berlin Wall was erected by the Museum at Checkpoint Charlie, during October 2004 in order to maintain the memories of Checkpoint C and the Wall.

It can be a great experience to visit Checkpoint Charlie, and the place still is a well known and well visited tourist attraction. There are different restaurants and cafeterias nearby, which will quench your thirst and fill your stomach with delicious German sweets. It is best to make sure one is well informed before visiting Checkpoint C; there are online resources that may help visitors that wish to see this part of Berlin.

Read more about Checkpoint Charlie at this marvelous Swedish site, just use the translate function in your browser. 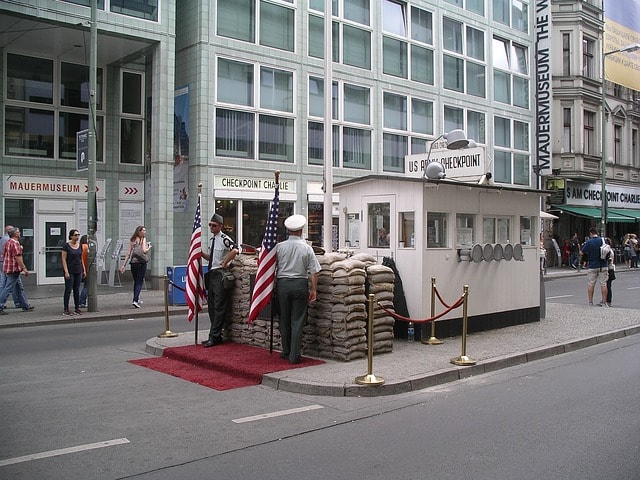