The Olympiastadion, or the Olympic stadium, was built to be used during the Summer Olympics that took place 1916 in Berlin.

This stadium was considerably damaged during World War II, but later it was reconstructed and rebuilt. The stadium is surrounded by the huge Olympischer Platz, that also was built for the Summer Olympics of 1936. In the post World War phase, the stadium was occupied by the United Kingdom military and was used as operational headquarters for their officers. Olympiastadion could host about 110 000 spectators. Previously there were also different stands for Adolf Hitler and his followers, but not any longer although you can view the actual places where they would stand. At present Olympiastadion is a spectacular sports venue with all modern facilities for hosting different games and athletic competitions. 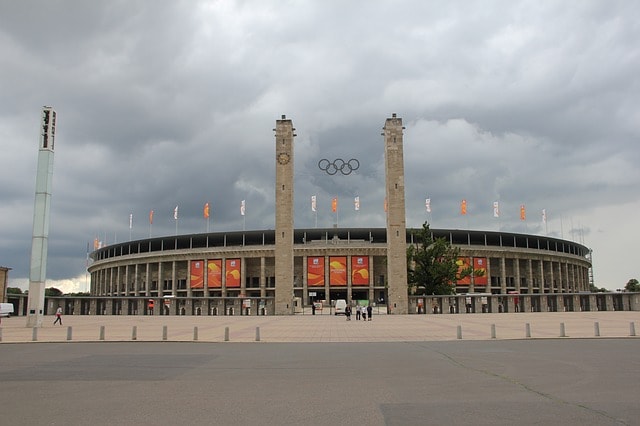 More on the Olympiastadion

The renovation of the Olympiastadion made it alluring for sports lovers all over the globe; the stadium was once again re-opened after renovation in the year 2004. Friendly sports games were arranged and people from different parts of Europe poured in to enjoy the opening ceremony. Now the stadium has a seating capacity of about 76 000 people. It is now one of the major sports stadiums of the world. While visiting Berlin, it is a good idea to visit this stadium at least once.